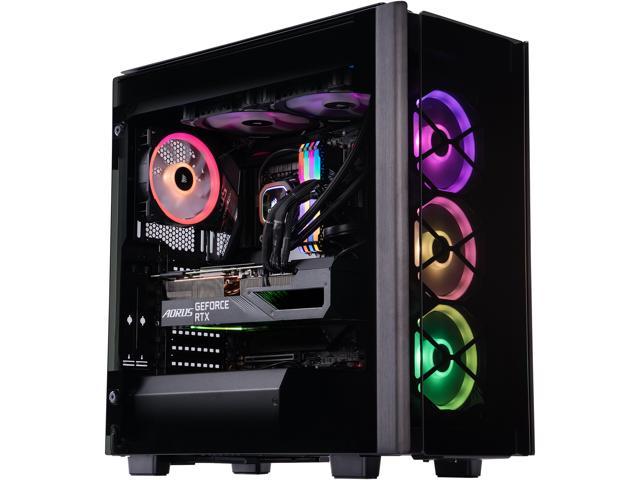 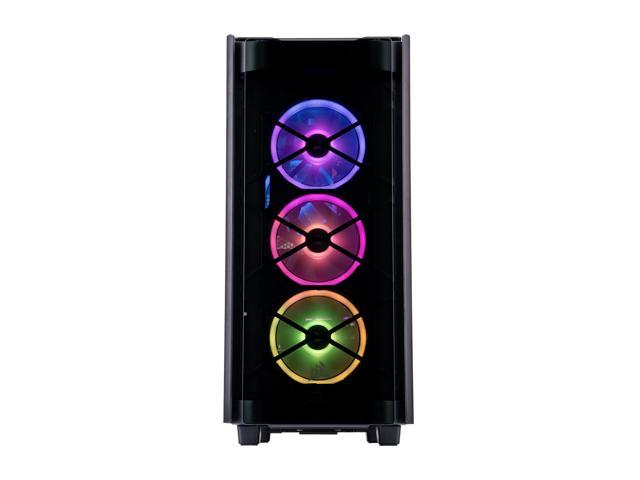 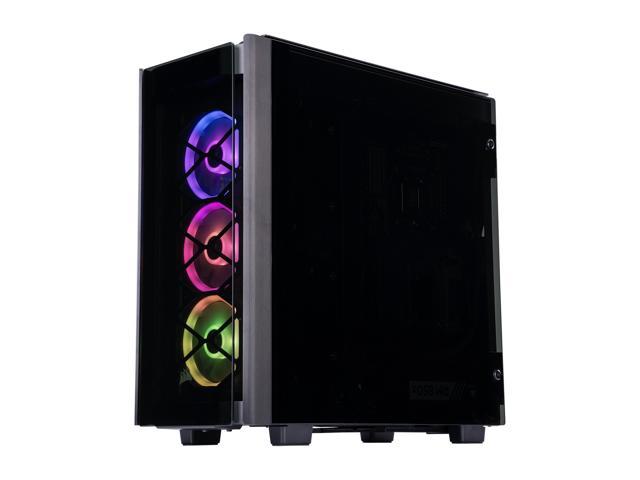 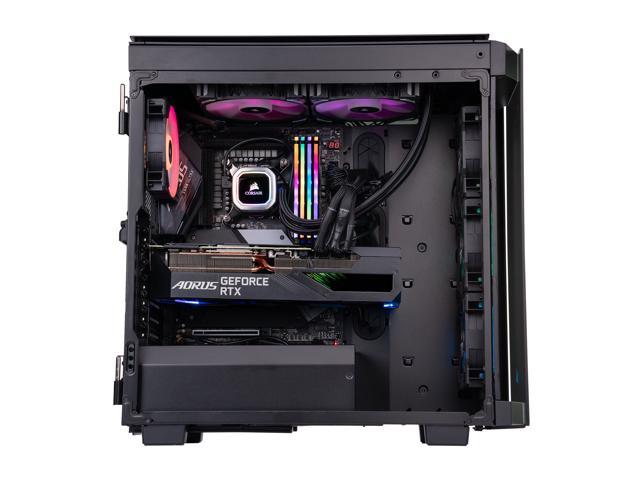 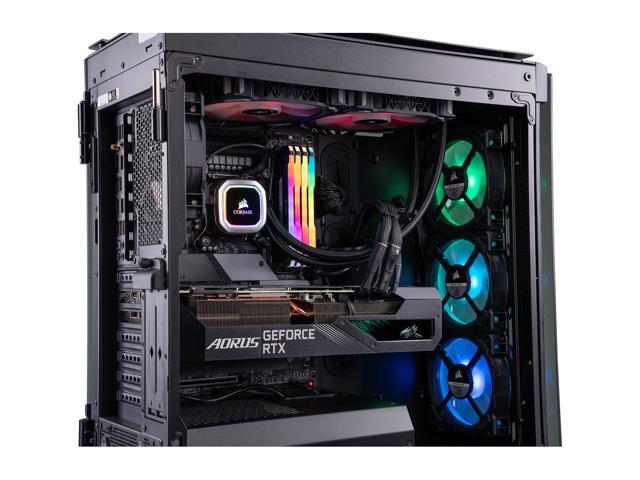 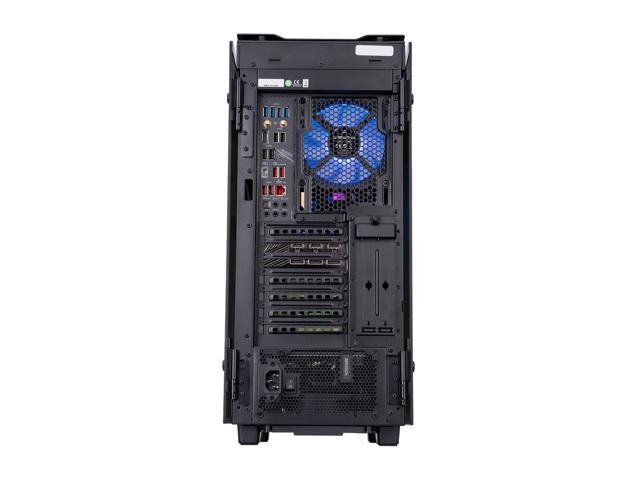 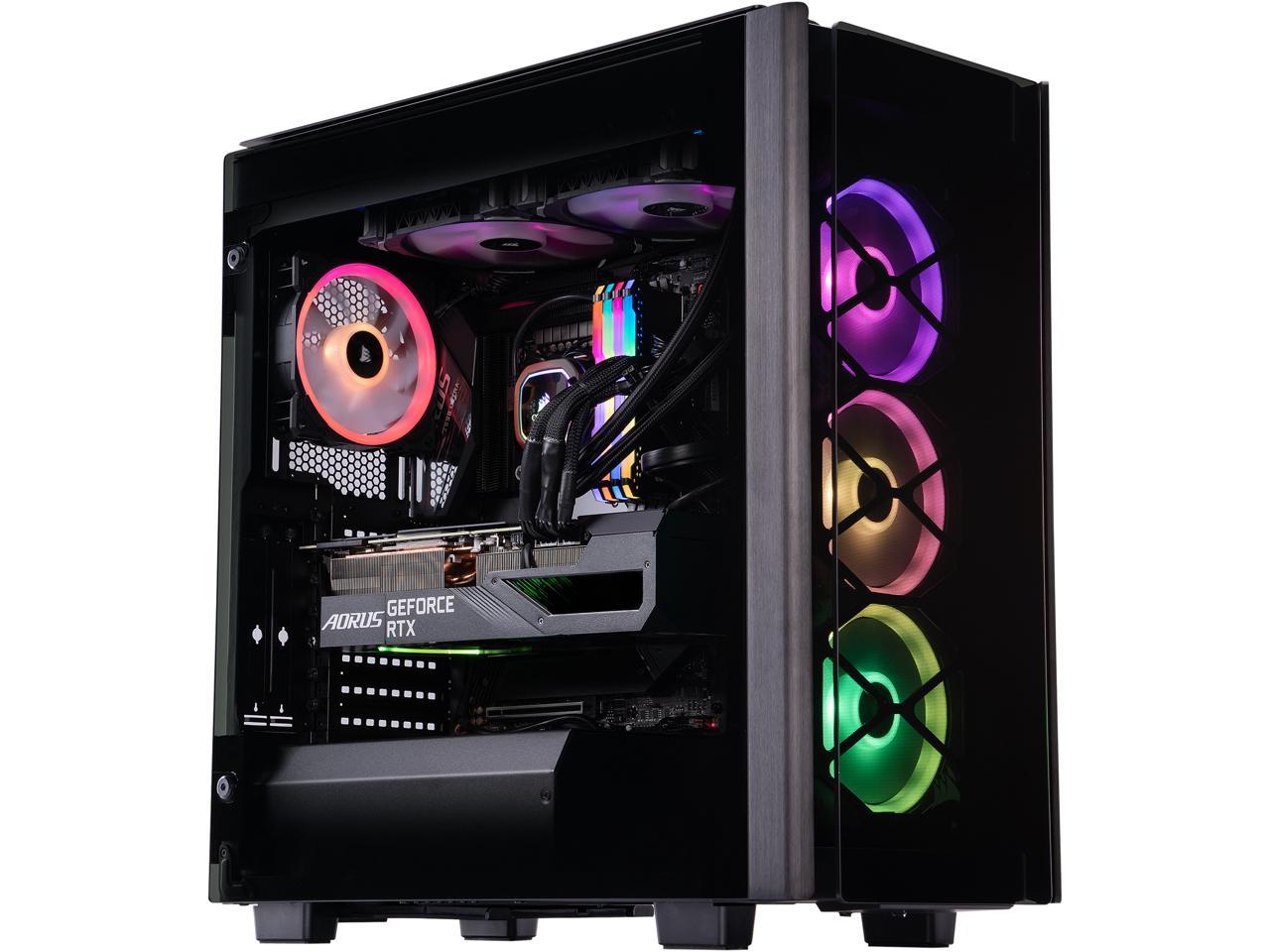 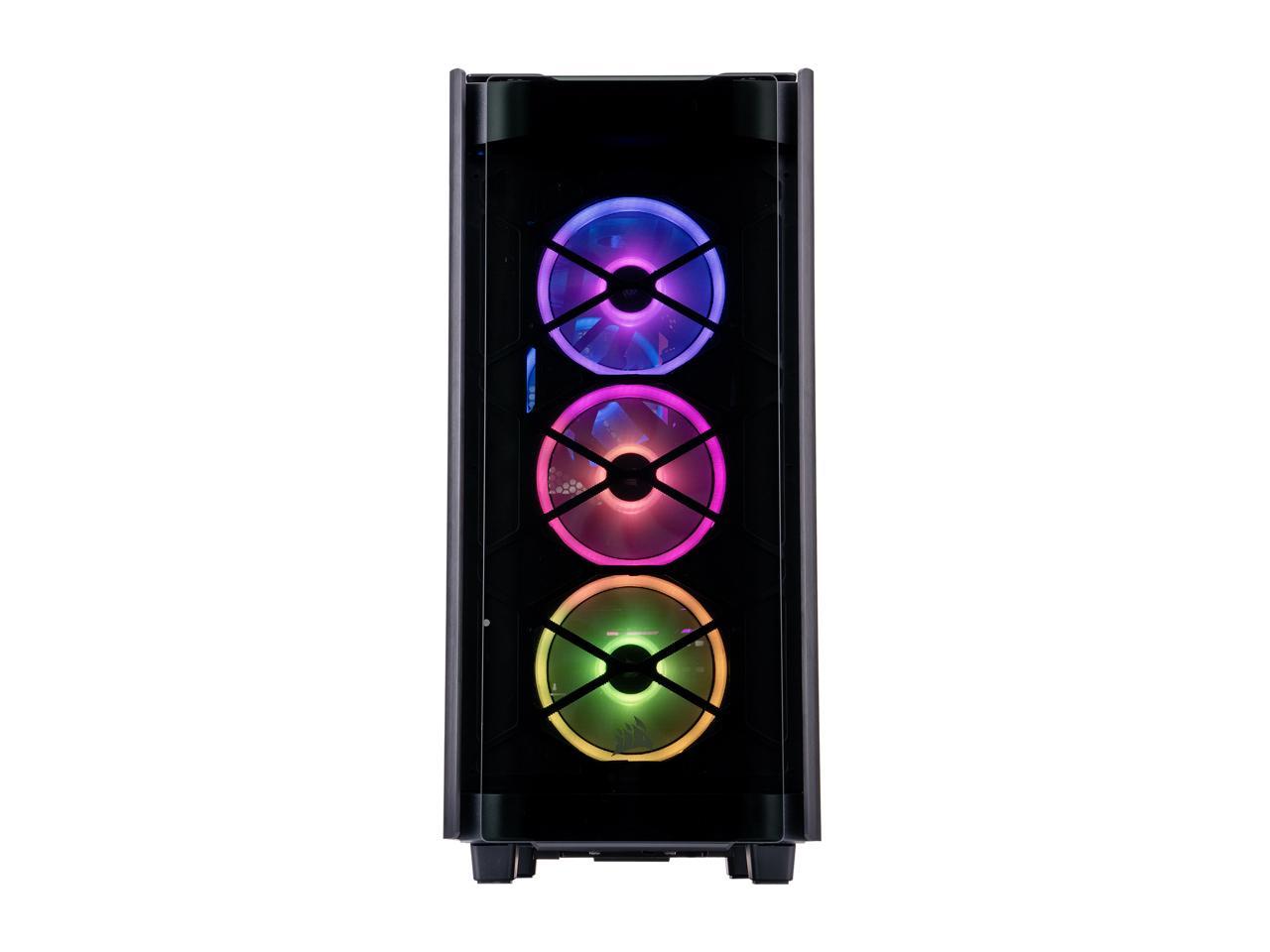 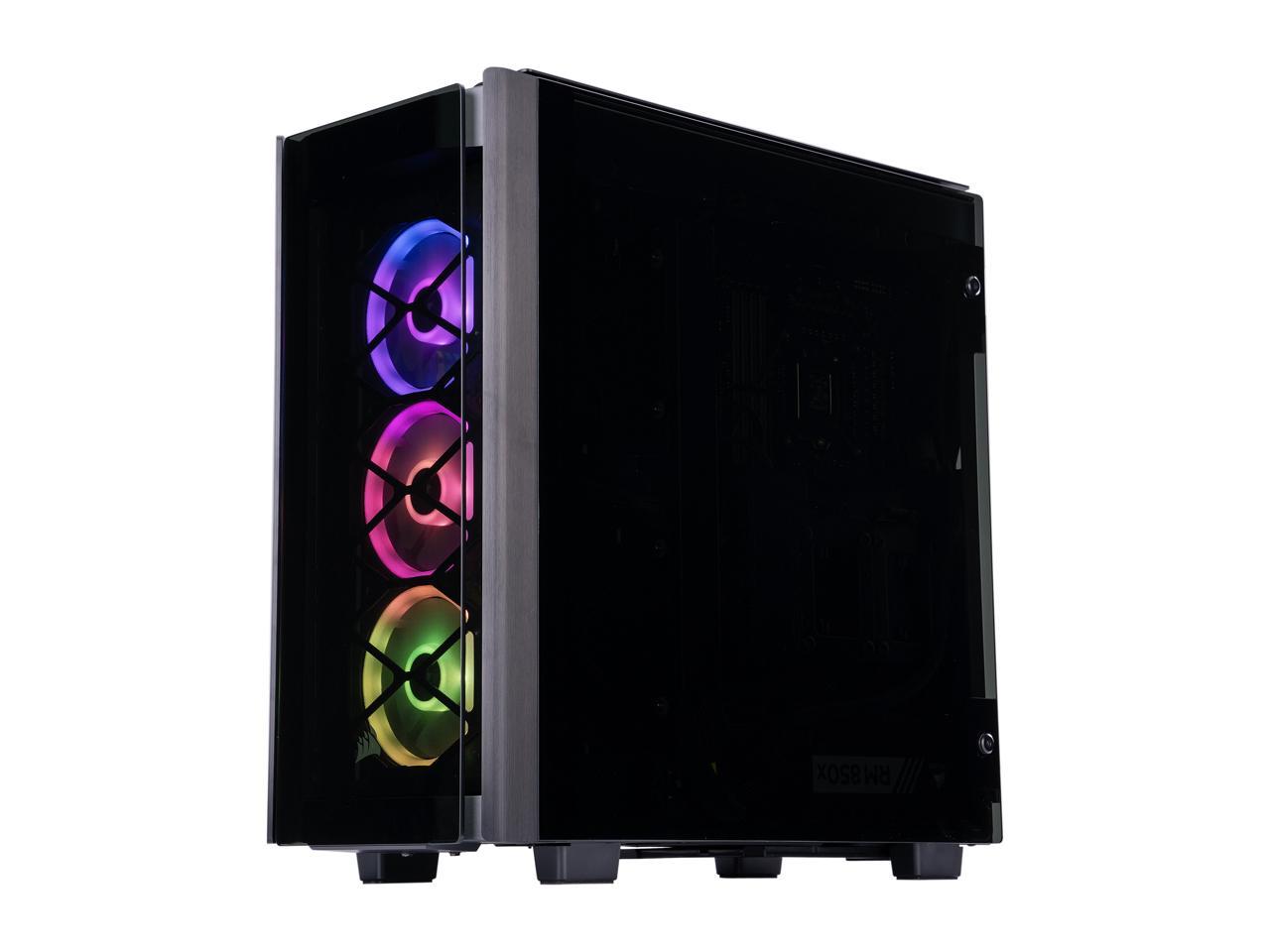 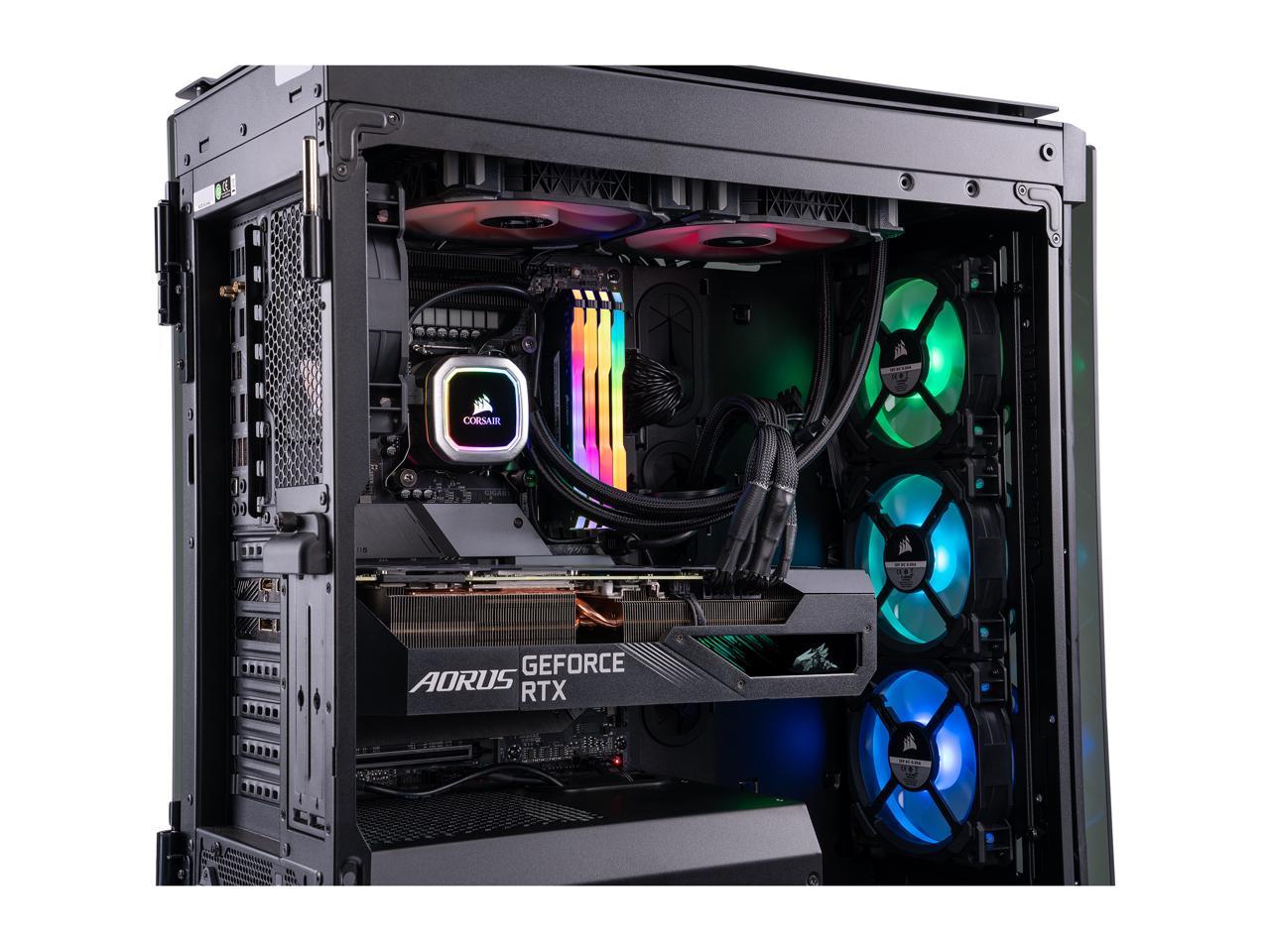 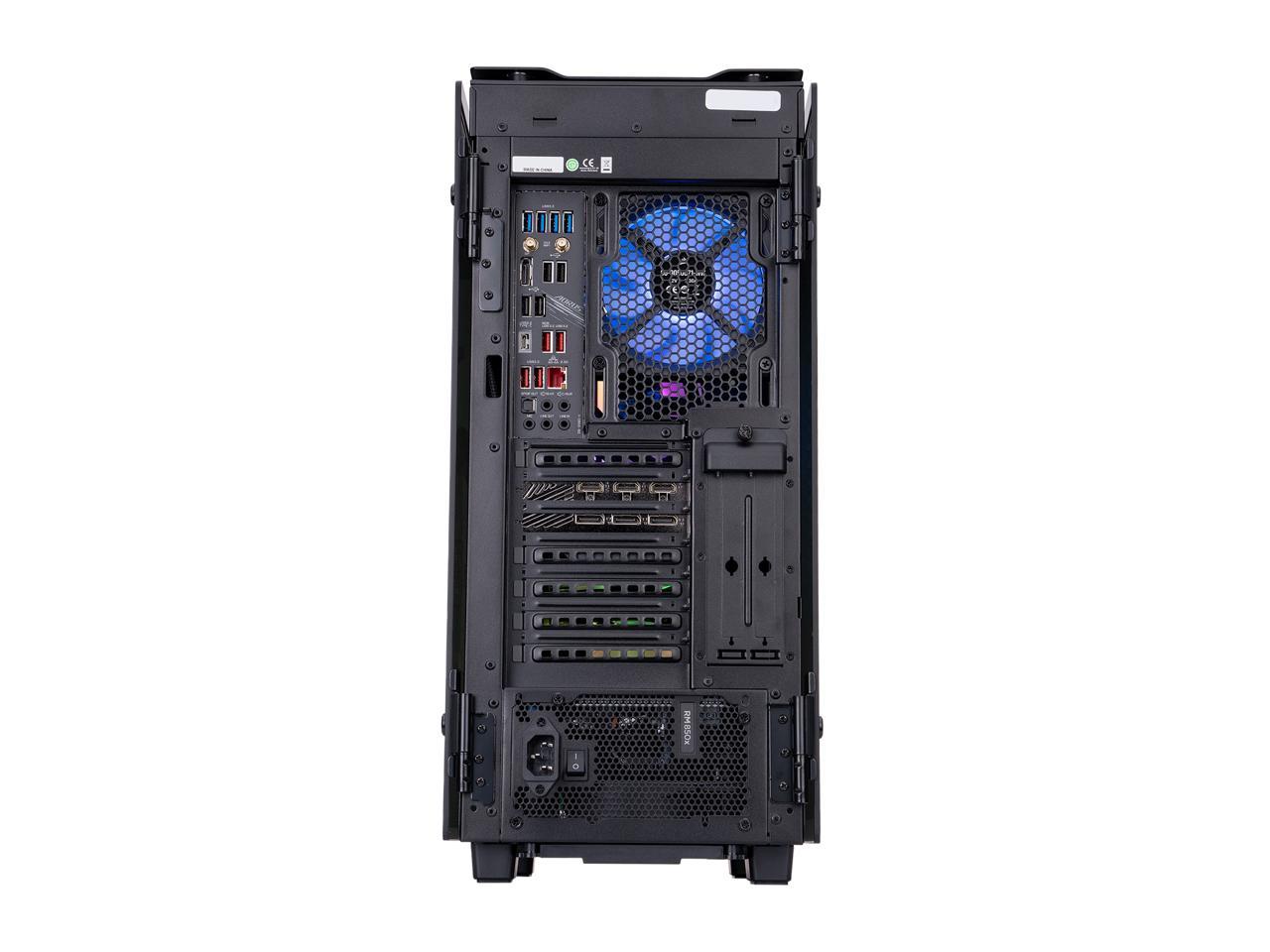 Learn more about the ABS ALI505

Pros: - Was the only way I could get the Gigabyte Aorus GPU I wanted with out waiting for my lucky NewEgg Shuffle chance, or dealing with a scalper - Systems overall parts and build quality is great - I may actually keep this system and sell off my older system

Cons: - Not all PCI-E power cables were plugged in properly - Having two LED software (ICUE and RBG Fusion) might not be for everyone - Wish the Win 10 version was Pro, but Home does the job

Overall Review: So I did buy this system for the GPU. With that said..... it is a good system. I have an AMD Ryzen 3900x system that is close to this system. Different due to certain hardware, but they both score very close in benchmarks. Intel has better single core overall, but the two extra cores on AMD help it overcome in multi-core tasks. The Intel also has a slightly better idle temp, which I credit the ICUE AIO/Case Fans with helping. My AMD runs 20C higher. Also my old system is using a 40mm smaller AIO, and all fans are connected to a 3 mode fan controller. This system has a better motherboard then my old system. Higher quality VRM (16+1 vs 12+2), onboard Wifi, 3 M.2 with unshared bandwidth ( only 2 on mine), and lots of LED/Fan headers in good locations. Now if you wanted to SLI the 3.5 slot GPU forget it. The second PCI-E x16 is covered by the fan shroud. The memory is a great DDR4 3600 XMP. The timing is CL 18. My old system has DDR4 3200 CL 14. I might get a small boost from the Corsair, but CL 14 has a slight latency lead over CL 18 according experts. I personally think the Intel CPU will benefit from the 3600 XMP. Oh and Corsair ICUE LEDs probably do add 10 FPS. The Corsair 500D case, Corsair H115i 280mm AIO, and 4 Corsair LL 120mm fans all work well to keep things cool and disco disco good good. The case is tempered glass on 3 sides (front and both sides). I am always afraid I will smash them all. Both side panels are magnet latched, so be aware that when lifting one might pop open (and scare you as it swings about ). ICUE took a bit to understand, but once you set the proper fan type/amount it is easy to customize LED/Air flow. I did find that the 2TB M.2 SSD only has 1TB (960GB) formatted. You can change this. I assume there is a reason why, but not sure why since it could make some people feel cheated. It might require some reading of instructions, or a third party program to change the drive to a single volume. Overall this is a great system for gaming/streaming/image/video editing. I build my own systems, but ABS does offer a good option if you are willing to pay for the extra build cost. Honestly I would cause there can be some stress and lost time building your own system. Less hassle is a nice thing.

3 out of 3 people found this review helpful. Did you?
Manufacturer Response:
Hi, Thank you very much for supporting ABS, we appreciate you taking the time to provide your feedback. If you have any suggestions or concerns please write us as well! We strive to make our products better. If you have any questions about your product please feel free to contact customercare@abs.com or call us at (800)685-3471. We will be glad to answer all your questions in a timely manner. Thank you again, ABS Customer Support
Daniel K.
Ownership: 1 day to 1 week
Verified Owner
A wonderful PC4/20/2021 5:11:34 PM

Pros: A fantastic out of the box PC without much hassle in getting it sorted. Powerful as all hell

Cons: The shipping inserts seemed very snug, and made me worry about bending the card as I removed them. Not by much, but a worry nonetheless. My copy of Windows is currently having problems activating. I cant say for certain if its an issue with some of the preconfig done on the machine (thankfully it is free of bloatware), or a MS issue, but here we are. My major gripe is I had to remove the GPU and fiddle with cables to add in several other drives I had. The cable management is beautiful and very slim, but the SATA ports are hidden underneath the tail end of the GPU. Additionally, the SATA power in place is being used for other things, making using the entire ribbon difficult. I would have loved to have seen some cables already in place waiting for any further drives.

Overall Review: This is one of the most beautiful builds ever, and oh man it is powerful!

0 out of 4 people found this review helpful. Did you?