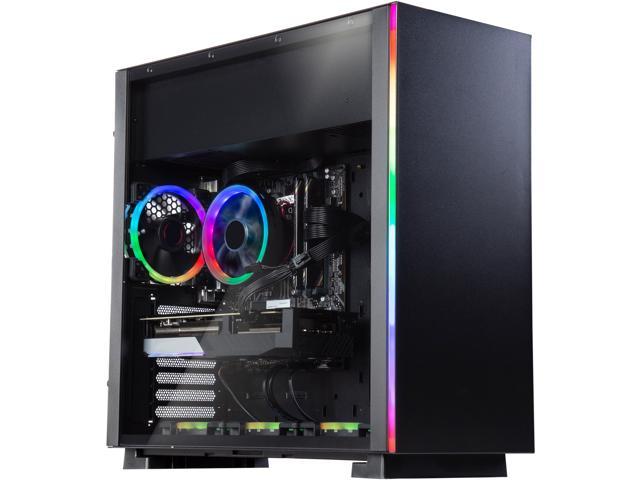 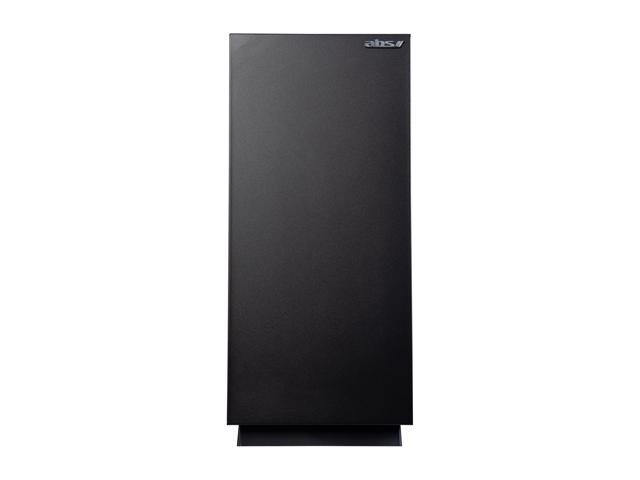 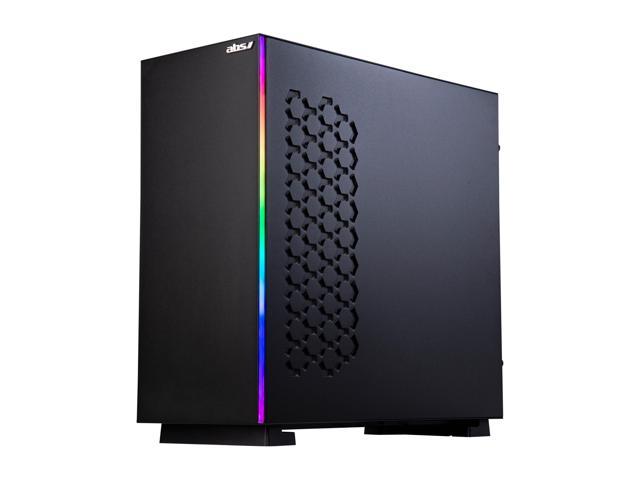 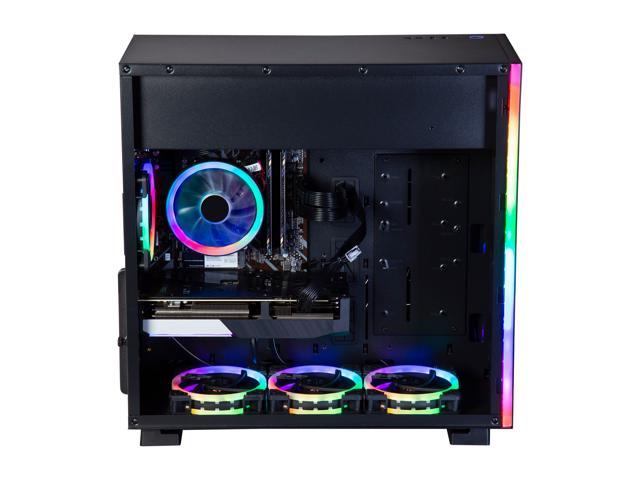 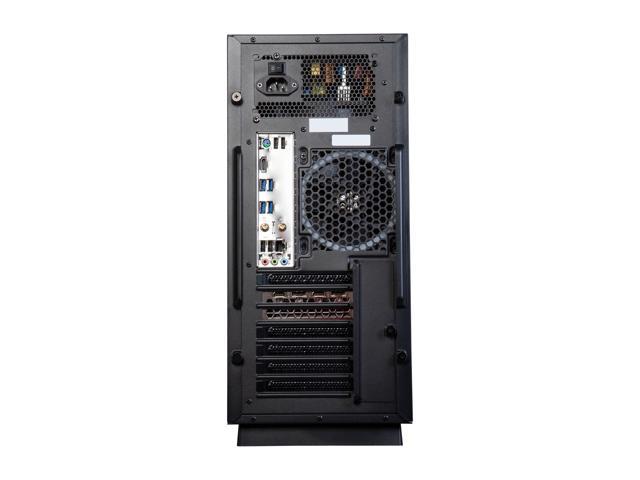 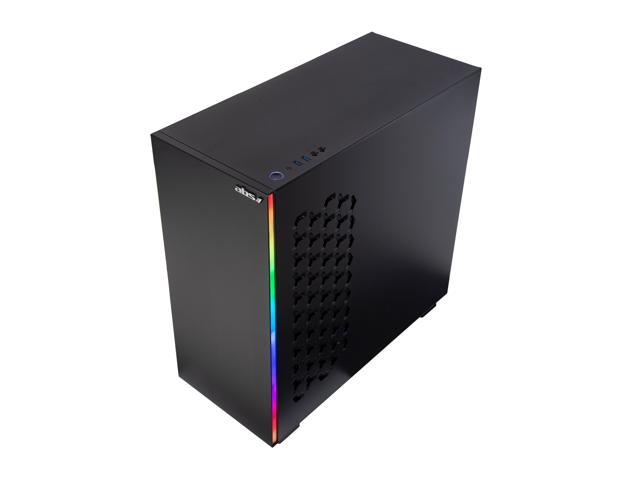 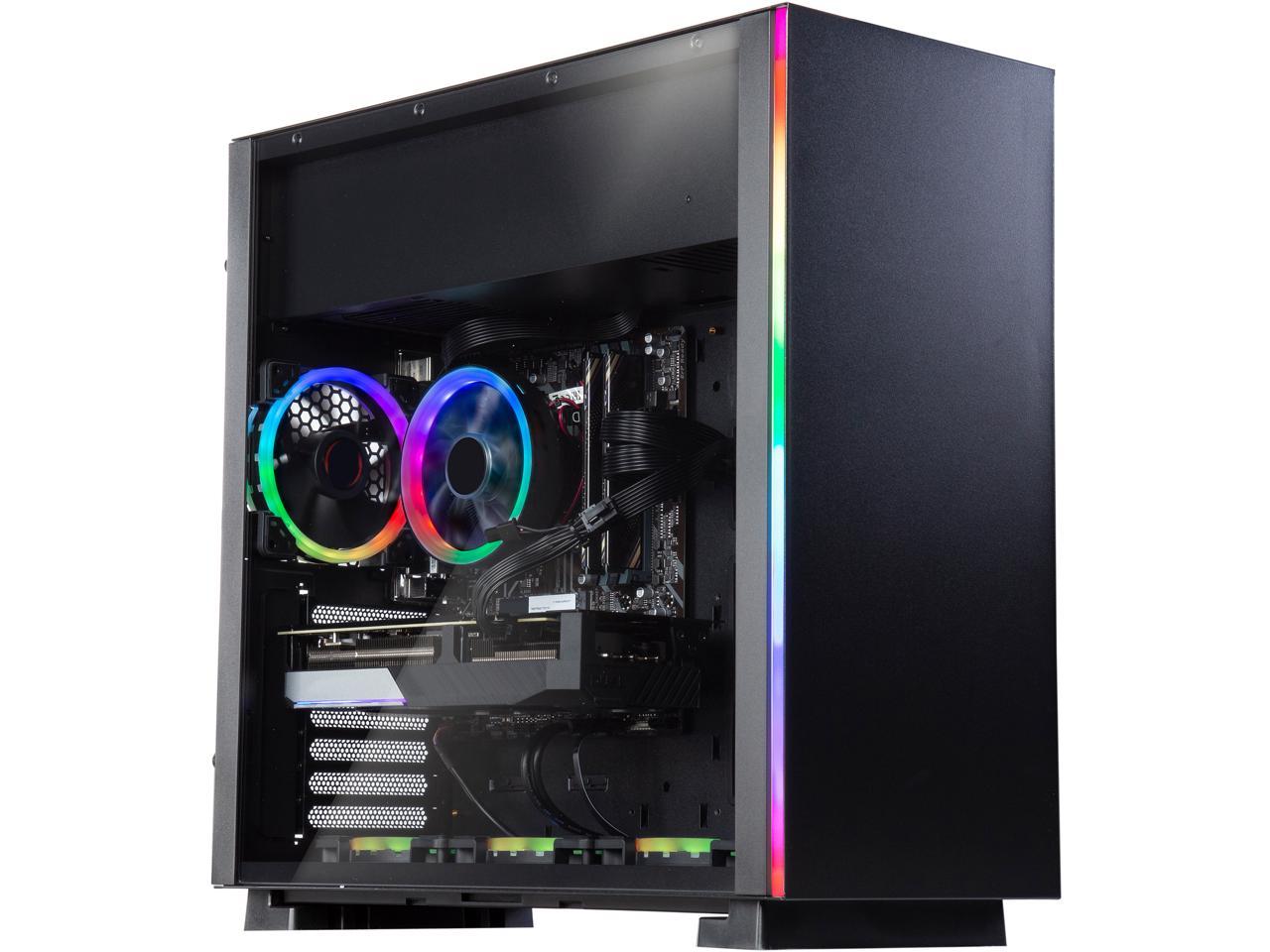 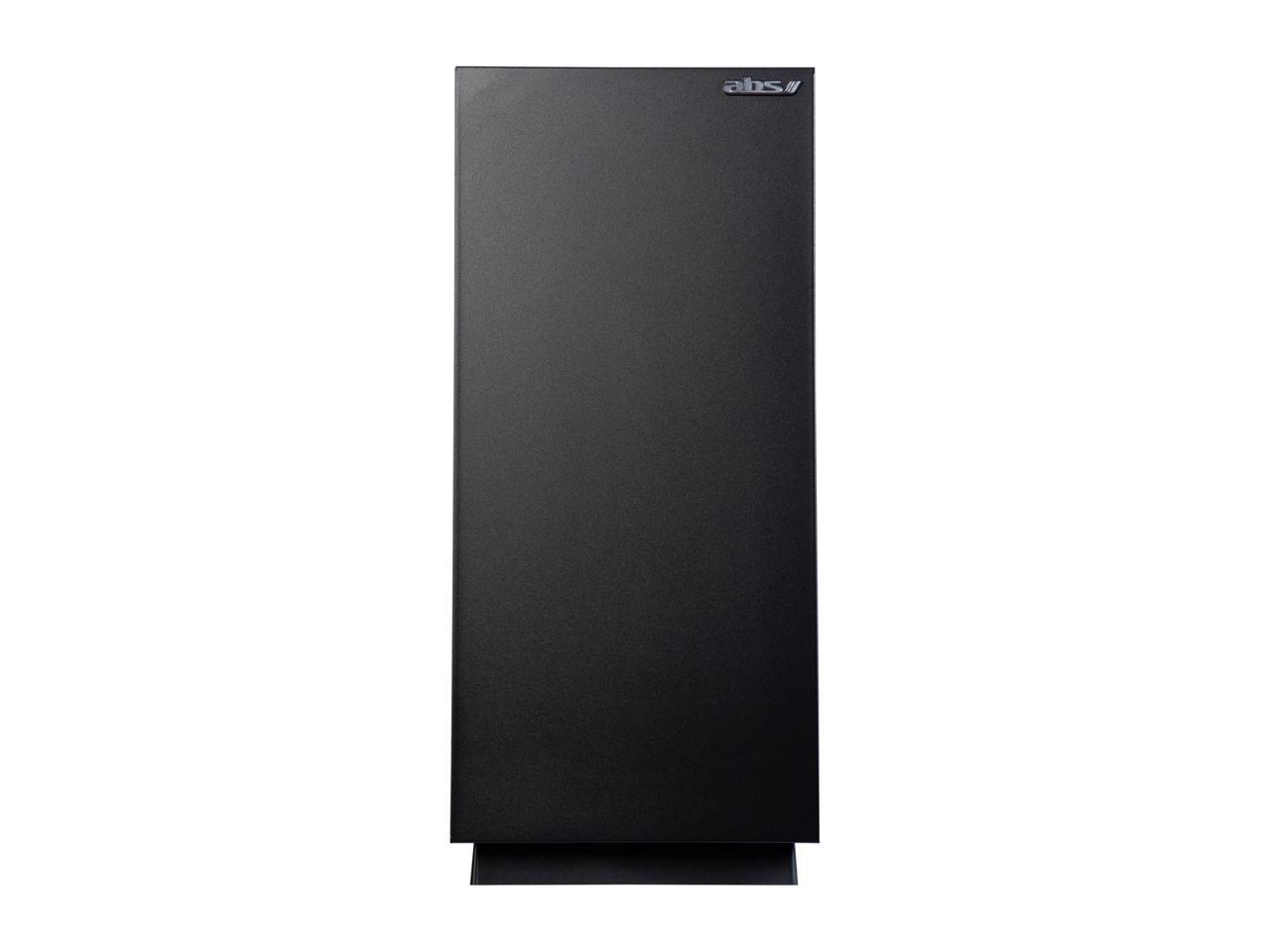 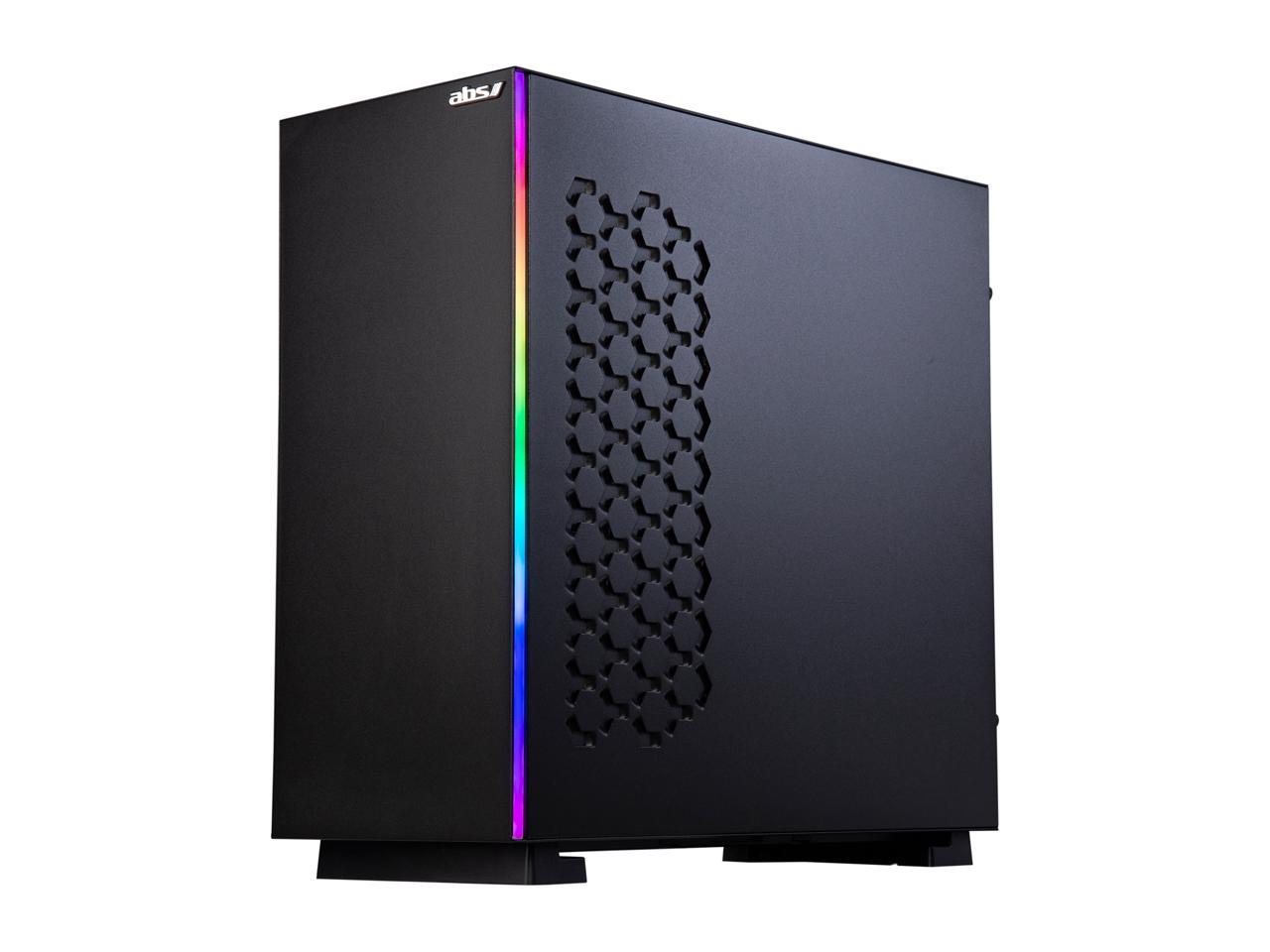 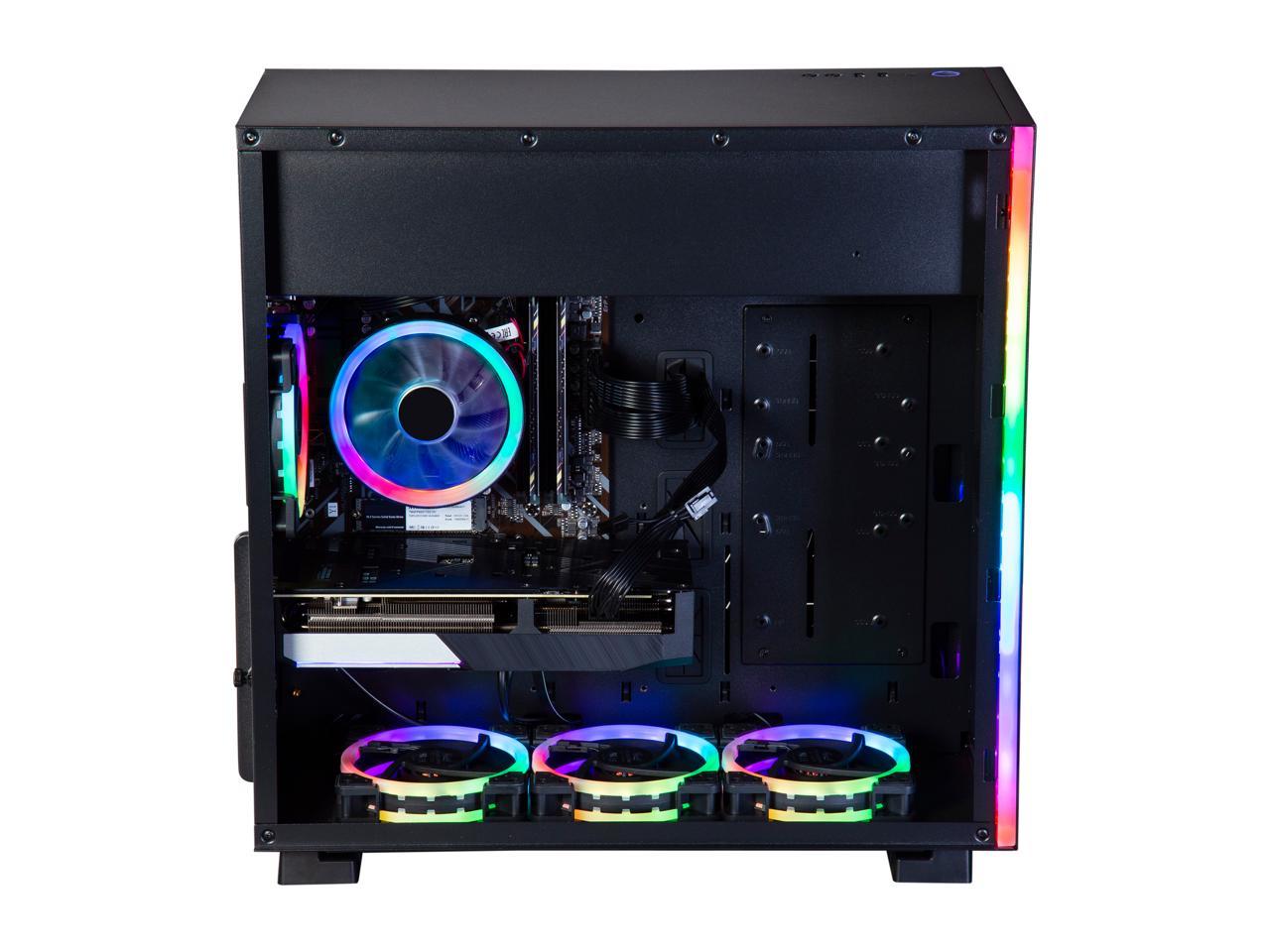 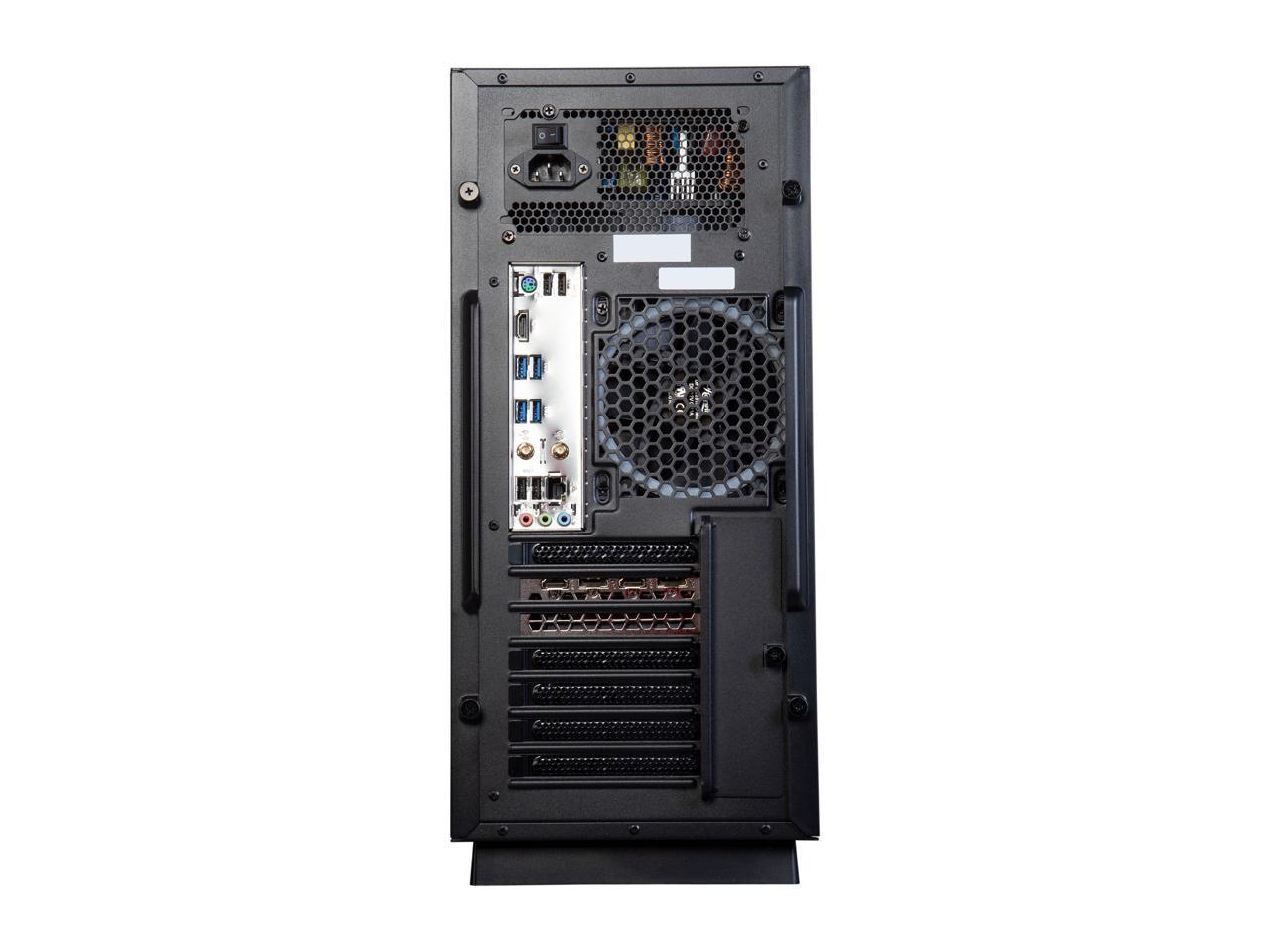 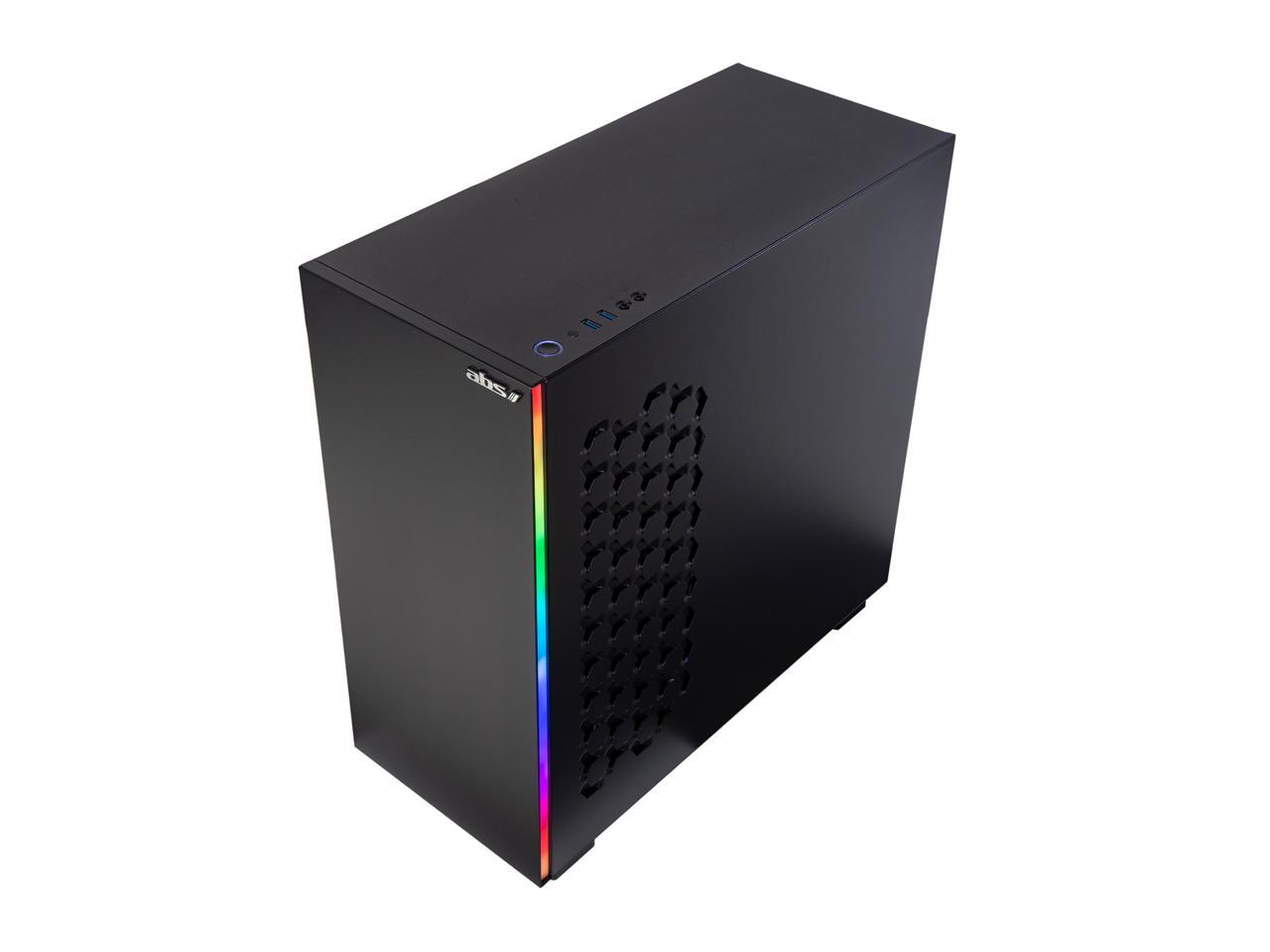 Learn more about the ABS ALI463

Overall Review: Bought this pc, when received from shipping it looked awesome! Hooked it up, downloaded a game. Crashing started happening. All drivers were updated and now you can hardly get it to boot up! Such a waste. Called tech support and can’t get ahold of anybody! Do not recommend!!!

Cons: -DOA, black screen with green blocks following Gigabyte screen -Definitely wasn't checked before shipping -Wasn't able to reach anyone at the technical support team -Couldn't reset windows or re-install, seems to be mobo or gpu issue -Have to return now and wait 7-14 days for refund

Overall Review: Was worried this would happen it seems like a 50/50 chance according to reviews. Technical support not available. However, all components seem to be high quality. Wish someone would have booted before shipping.

Pros: Fired up right away and ran well, I recommend going into bios to change ram speed from windows default. No issues running MW @144FPS on max setting It came with a SATA but description stated m.2 so I called and they sent me on express shipping.

Cons: The RGB fans are set to default in your new and don't know how to fix this open the back and u will see a little box/controller. Unplug the reset switch the smallest one. Then attached to the box find the cord with VDG in written on it fish this threw the front of your pc and plug it into the VDG port. I'll post a diagram hope this helps the people having issues. Then open the program RGB FUSION and u should be able to change it if not uninstall the program then re install it and it will detect your fans GPU and case.

Overall Review: I would recommend this pc and I had excellent customer service

Pros: Product came APO in less than 2 weeks. On arrival the product was in pristine shape. No hardware in the case was loose and everything worked proper when hooked up.

Cons: None. I accidently clicked 4 eggs and it would not let me change to 5 eggs so that is the only con. :)

Overall Review: Would highly recommend for a prebuilt and not to mention it comes with 1TB NVMe M2 drive and RTX 3070.

Pros: Looks cool At least it boots up

Cons: Does not work. Purple/green lines on screen during and after boot Error 43 on graphics card

Overall Review: Honestly this might be the last time I'm shopping on Newegg for a computer. This is the second prebuilt I bought to show up just dead out the box, and I'm not going to risk not being able to get a return the third time. It feels like there's no real quality control, because it didn't even get through the boot without very clear and visible problems.

Overall Review: I was a little concerned over the mixed reviews but I took a chance and glad I did. I mainly bought it to run flight simulator with a 3 monitor set up and it does it well.

Pros: - It had an RTX 3070 GPU (Zotac Twin Edge) - It worked once I fully rebuilt the computer - Well packaged - Quality parts

Cons: - The computer came DOA (Dead on arrival) - RGB wasn't plugged in - ABS did not bother hooking the cpu cooler's RGB to the case fans controller for full RGB sync. (Which takes 1min) - Fans were not plugged in (No power) - Thermal paste application on the cpu cooler was terrible and uneven (less than 75% coverage)

Overall Review: As a computer science graduate, and certified tech, I rebuilt the computer entirely from scratch after it came DOA. CPU was not seated properly in the socket. But after changing the thermal paste and replugging everything, the computer booted fine and passed a few hours of stress testing. Even though it worked fine in the end, the customer should never have to rebuild his computer in order to use it (That's why I can't put more than 2 eggs). Very questionable quality control on ABS' part. I would recommend this PC to people with experience who can diagnose and fix those kinds of issues. But if you're someone with little to no knowledge, please avoid this machine, unless you have friends or relatives who can help you. Full specs of the computer I received: - Ryzen 3700X - Thermaltake UX100 RGB Cooler (Awful, but not the worst I've seen) - Gigabyte B550M DS3H AC motherboard - OLOY 2 x 8GB 3000mhz DDR4 RAM - Thermaltake Toughpower 700W 80+ GOLD Non-modular PSU - Intel 660P 1TB NVME SSD - ZOTAC RTX 3070 Twin Edge OC 8GB - Rosewill RGB Case as pictured

2 out of 2 people found this review helpful. Did you?
Manufacturer Response:
HI, We are very sorry for the inconvenience that you experienced, we would like to fix or replace your system for you. Please contact us at (800)685-3471 Monday - Friday between 8:00AM to 5:30PM PST or email your information to customercare@abs.com so we can begin to fix the issue for you. Thank you again for considering ABS products, we look forward to resolving your concerns. ABS Customer Support
Anonymous
Ownership: 1 week to 1 month
Verified Owner
Fantastic pre-built PC! I'm blown away by it.3/18/2021 2:00:32 AM

Pros: The order arrived in 3 days, the packaging was great, the components were secured minus one of the rgb cables slid off the motherboard which wasn't a biggie at all considering how easy they are to take off and pop on. It came with an TUF RTX 3070, B550 ASUS mother board, Ryzen 7 and accompanied with awesome cable management as well. I was able to boot it up with absolutely no issues. I don't think you can get a better deal on a pre-built and getting a 3070 to boot.