Founded in 2002, with almost 20 years brand history,Maxsun is the brand under Guangzhou Shangke Information Technology Co., Ltd. With "focus on quality, focus on excel-lence" as it brand Philosophy, Maxsun has been committed to providing users with high-quality product solutions.

"Everything for stability" is the product principle of Maxsun. To provide high quality products to the users,Maxsun is very restricted in every details from choosing the chipset to PCB details and cooperates with the big mother-board, graphic card manufacturer closely.

As the strategic partner with INTEL, NVIDIA and AMD in mainland China market, Maxsun maintains close cooperation with suppliers and explore the market together. Meanwhile,Maxsun keep expanding the cooperation with other suppli-ers. To meet the user's demand of customization, Maxsun always grasp the market trend and demand, highlight the product features with the brand design, advocacy and create a diversified, personalized space for users. Maxsun never stops its step on pursuing "Focus on quality, focus on excel-lence". Maxsun will, as always, continue to focus on product development, quality control, grasp the market trends, to provide users with better products.

Maxsun Graphic card
As a well-known China brand, from the date it was released, Maxsun graphic card won the recognition from users and media.
2002 > first model MX200 was released.
2003 > ranked as top5 graphic card and became the main
brand in China market

2010 > won many prize from the professional media. 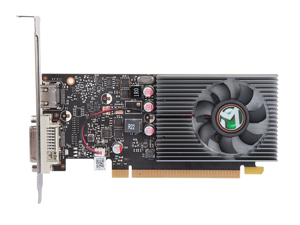 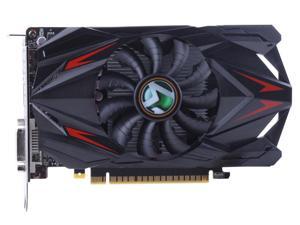 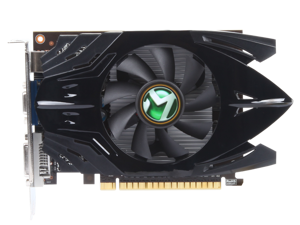 To rate this seller or report a problem, please use the link provided in the order confirmation email or the order history section located in your account settings.

We have found 0 reviews.

MAXSUN Authorized Store Return Policies
. All returns must include the following or it will be rejected and returned back to you at your cost:
. Product purchased from MAXSUN Authorized Store
. Original Condition, no physical damage (exclude damages sustained during transportation)
. All accessories, manuals, warranty registration card, etc.
. Original UPC/serial number intact on product and on retail package (Proof of Purchase)
. All return request for refund or replacement can be submitted via Newegg Return Portal with valid return reason selected within thirty (30) calendar days from the invoice date and valid RMA numbers will be provided by Newegg

Additional Return Requirements and Policy:
1. All return or replacement request will be processed within 5 business days after returned item is received by MAXSUN Authorized Store
2. Shipment received with visible damages must be reported to us within Three (3) calendar days of the delivery date. In the event an item is sold without shipping charge, MAXSUN Authorized Store will refund the amount of sale.
3. All returns with missing part(s) (including, but not limited to, accessories, manuals, warranty registration cards, original manufacturer packing materials and retail packaging) will not be processed until the part is received.
4. Customer is responsible for return shipping expenses and restocking fee unless otherwise explicitly states on the product. Replacements will be shipped at our expense.
5. Customer is required to ship the return products with sufficient shipping packaging and void fill material inside to prevent product from physically damaged during return transportation or customer will be responsible for any loss and damages in return shipping. Any loss or damages during the return shipping due to insufficient shipping packaging may result the return to be rejected back to you or charges to be applied to your refund determined by MAXSUN Authorized Store.
6. Upon our acceptance of the merchandise in like new condition in strict conformance with the basic criteria and standard returns policy, the purchase price will be credited to the credit card used for the original purchase.
7. Refund will be issued after our warehouse receives, inspects, and processes your return. MAXSUN Authorized Store will refund back to your method of payment.

Restocking Fees and Return Shipping Labels
Returns are subject to restocking fees and return shipping fees. For products that are eligible for return or replacement, the return shipping labels are free for returns or replacement of the same item within the applicable return policy period and return reasons. MAXSUN Authorized Store does NOT charge restocking fee and return shipping labels within return policy period for returns of damaged or defective products, wrong product was sent to you, or the product did not match what was shown on website. In the event a returned product which is not defective, not the original product that was sent to you, or the product does match what was shown on the Site after our inspection, the product will be returned to you at your cost and the return shipping cost initially covered by MAXSUN Authorized Store will instead be deducted from the refund amount along with any necessary restocking fee that may apply.

When you return an item, you may see different return options available. To request:
1. Log onto your Newegg.ca account and find your order in order history.
2. Select proper return options. Depending on the seller's return policy and return setup on Newegg, different options are available:
• Click REFUND or REPLACE to submit your request directly. Or
• Click REQUEST RETURN FROM SELLER to contact seller to request refund or replacement.
3. For the option of REFUND or REPLACE. Select the item(s) you wish to return or replace. Follow the instruction to complete.
4. For the option of REQUEST RETURN FROM SELLER. On the COMPOSE MESSAGE Page:
• Choose Return/Refund/Replacement from the drop down menu.
• Verify the order number and request from the Subject.
• Specify more details, including item# (you can find on your order invoice e-mail), the reason for your return, and the return for replacement or refund before click SEND MESSAGE button.
5. It will take up to 24 - 48 hours to respond to your inquiry after Customer Service Representatives receive your inquiry.
6. Once your request is approved, you will be provided with detailed instruction through e-mail. The e-mail contains RMA number, RMA details and important return shipping instruction. Read the instruction carefully before shipping your return merchandise back.
7. We strongly recommend you return your item in the same or similar packaging as they were delivered to you with all the original parts, accessories and menu/documentation included (any missing parts or accessories may result your return being rejected or your refund/replacement being delayed). Re-using the package your item came in is acceptable, as long as the packaging is in good condition and all previous addresses, tracking information and labels are removed.