—We Are—
As a national high-tech enterprise with numerous patents and independent R&D capabilities, Huion designs, manufactures and markets pen tablets, pen displays, LED light pads and many other interactive handwriting input devices of Kamvas and Inspiroy series. Apart from digital devices, Huion also provides individualized OEM and ODM solutions. Agents of the company locate in various parts of the world, including America, Europe, Australia and most Asian countries.
—We Hope—
Following the ideology 'user request, user participation, user-oriented' and through cooperation with creative workers, we design our products and have them reviewed by creative workers around the world, and gradually, the mode creative workers develop creative tools comes into being. Huion now devotes itself to optimizing user experience and realizing thoughts of those creative workers through in-depth conversations with them.
—We Cooperate—
Huion users locate in different parts of the world, including the USA, Canada, South Korea, Japan, Italy, Spain, Egypt, Australia, Russia and so on. All of them love creation, enjoy their life and like to share. Some of them are engaged in CG animation industry, digital movies, graphic design, while the others work as as industry or architectural designers.
— History —
2019
-Huion launched the first-generation pen tablets that supported USB OTG, HS64 and HS610;
-The first co-branded Huion pen tablet HS64 Special Edition was released;
-Huion unveiled the latest pen tablet series Inspiroy Ink, Inspiroy Dial, Inspiroy Touch and Inspiroy Keydial.
2018
-Huion began to apply full lamination crafts to screens of Huion pen displays;
-Tilt support as well as the industry-leading report rate 266PPS was realized on Huion products for the first time;
-Huion mascot, Huion Buddy was born;
-Huion branches in Korea, Spain and Singapore were established;
-Huion pen display series Kamvas Pro was introduced to the market;
-Huion acquired UC-logic Technology Corp. Taiwan.
2017
-Technology of Battery-free Electromagnetic Resonance was applied to Huion products for the first time;
-Pen tablet Inspiroy G10T won the most prestigious ID award in China, the Red Star Award.
-Huion branch in Australia was established;
-Huion ushered in the new age of 8192 pressure sensitivity levels.
2016
-Huion unveiled pen display series Kamvas and pen tablet series Inspiroy;
-The first wireless Huion pen tablet with touch sensor, Inspiroy G10T was launched;
-Huion became the first company in the industry that applied aluminum alloy to the rear case of the product.
2015
-Combined application of capactive and electromagnetic sensors was introduced to the market;
-Huion began to explore markets in the Middle East, India and Japan;
-Huion was certified as a National High-tech Enterprise.
2014
-DWH69, the first pen tablet in the industry that featured a 1.8 inch TFT LCD display module on the panel was launched by Huion, which indicated the arrival of the intelligent pen tablet age;
-Huion branch in India was established.
2013
-Launch of the first wireless pen tablet of Huion, W58, made Huion the first brand in the country that released pen tablet which was developed with 2.4G wireless transmission technology;
-Huion began to tap the education market and provide solutions to application of graphics input technology in academies and education organizations both home and abroad;
-Huion branch in the US was established.
2012
-Huion pen tablets 420 and H420 were released to the market;
-Apart from online channels, such as Amazon and AliExpress etc. Huion began to do the offline marketing in the US and Europe;
2011
-Shenzhen Huion Animation Technology Co., Ltd. as well as Huion brand was founded;
-Huion began to provide professional OEM and ODM solutions to application of EMR technology in different industries;
-The first pen tablet in the industry that featured the HV processing chip , K28 was launched by Huion. 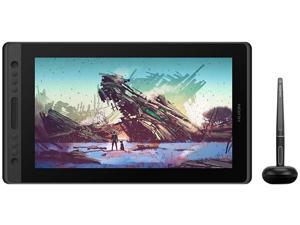 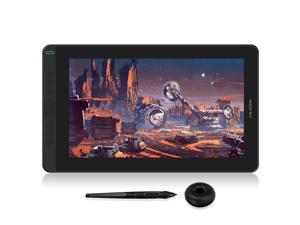 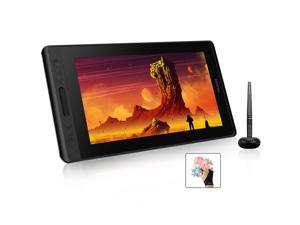 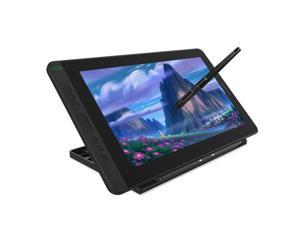 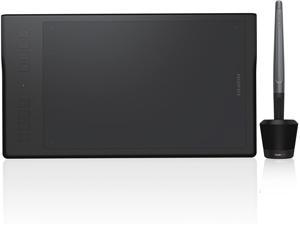 To rate this seller or report a problem, please use the link provided in the order confirmation email or the order history section located in your account settings.

I used Wacom products before, I was pleasingly surprised by the quality and performance of this tablet. I recommend this product without second thoughts.

Excellent product, delivered on time and it was bigger than I perceived it to be! I couldn't be happier with my first time using this website and this tablet. My skills have improved so much due to this piece of equipment. Thank you NEWEGG!!

Would buy from one again.

Product arrived in a super timely manner, safely and neatly packages, and I love the product itself exactly what I wanted. Thanks guys!

Delivered fast and just as described. Really impressive quality for the price

The pen does not connect to the tablet no pressure at all , after updating and following all instruction still pen does not work I believe the battery does not hold a charge

Fantastic communication! Only one item was delivered out of the two that I ordered and NEWEGG replied immediately to my my email and the second item was received two days later! GREAT company! Very impressed with their customer service!

I was a bit skeptical initially getting the tablet shipped from China, but it arrived on time (despite Covid). Newegg's tracking did not match the package. However a quick email to Huion and I got an answer in a couple hours with a detailed update. Very happy with my purchase.

Arrived in a day, much to my surprise. Would buy from again!

I can see why Huion is one of the most spoken of contenders to Wacom. Their product is really nice and it was shipped promptly and packaged really well. (Amusingly, my order arrived in an "competitors name goes here" box even though it was a NewEgg order, I enjoyed this giggle.)

I sent back the Huion tablet that had an engenering default and it was impossible to have a refund. Never again will I make business with Newegg. D'on't waste your time and money.

I never received it so ..

I ordered a tablet from them and it arrived earlier than expected.

I bought this for my 16 yr old son and he’s thrilled with it.

Got this item on sale and was a great price for a medium sized tablet. Problem was that the pen would not work unless plugged into the USB. Pen had been ‘fully charged’ and firmware updated by visiting manufacturers website. Too bad.

I ordered this item at the beginning of December to make sure I would receive it on time for Christmas. However, when my son unwrapped his present, we realize the item was not compatible with his Chromebook. Newegg refused the return because we were passed the month limit and refused even to exchange for a compatible product. Asia, the support service chat representative ended our chat before I was done typing...very disappointing. Will never order from Newegg again.

We offer only fine quality merchandise. If you are not completely satisfied, we will gladly accept returns within 30 days from receipt of merchandise. At your request, we will issue you a credit back to your account, or exchange the merchandise. By placing an order, you agree to the following return policies and Instructions.

All returns must include the following or it will be rejected and returned back to you at your cost:
• Product purchased from our Newegg Marketplace store ONLY
• Original Condition, no physical damage (exclude damages sustained during transportation)
• All accessories, manuals, warranty registration card, etc.
• Original UPC/serial# intact on product and on retail package (Proof of Purchase)
• Valid RMA number obtained from website or customer service for the correct product and order (follow below return instruction to apply RMA#)

Additional Return Requirements and Policy:
1. An RMA number must be requested within thirty (30) calendar days of the delivery date. Shipping charge is the cost of us sending the product to you and will not be refunded. No restocking fee will be applied on return for DOA/Defective and shipping damaged product. Shipment received with visible damages must be reported to us within seven (7) calendar days of the delivery date. In the event an item is sold with "free-shipping", we will refund the amount of sale.

2. All returns with missing part(s) (including, but not limited to, accessories, manuals, warranty registration cards, original manufacturer packing materials and retail packaging) will not be processed until the part is received.

3. Customer is responsible for return shipping expenses unless otherwise explicitly states on the product. Replacements will be shipped at our expense.

4. Customer is required to ship the return products with sufficient shipping packaging and void fill material inside to prevent product from physically damaged during return transportation. Customer is responsible for any loss and damages in return shipping.

5. Upon our acceptance of the merchandise in like new condition in strict conformance with the basic criteria and standard returns policy, the purchase price will be credited to the credit card used for the original purchase.

6. Refund will be issued after our warehouse receives, inspects, and processes your return. We will refund back to your method of payment.

When you return an item, you may see different return options available. To request:
1. Log onto your Newegg.ca account and find your order in order history.
2. Select proper return options. Depending on the seller's return policy and return setup on Newegg, different options are available:
• Click REFUND or REPLACE to submit your request directly. Or
• Click REQUEST RETURN FROM SELLER to contact seller to request refund or replacement.
3. For the option of REFUND or REPLACE. Select the item(s) you wish to return or replace. Follow the instruction to complete.
4. For the option of REQUEST RETURN FROM SELLER. On the COMPOSE MESSAGE Page:
• Choose Return/Refund/Replacement from the drop down menu.
• Verify the order number and request from the Subject.
• Specify more details, including item# (you can find on your order invoice e-mail), the reason for your return, and the return for replacement or refund before click SEND MESSAGE button.
5. It will take up to 24 - 48 hours to respond to your inquiry after Customer Service Representatives receive your inquiry.
6. Once your request is approved, you will be provided with detailed instruction through e-mail. The e-mail contains RMA number, RMA details and important return shipping instruction. Read the instruction carefully before shipping your return merchandise back.
7. We strongly recommend you return your item in the same or similar packaging as they were delivered to you with all the original parts, accessories and menu/documentation included (any missing parts or accessories may result your return being rejected or your refund/replacement being delayed). Re-using the package your item came in is acceptable, as long as the packaging is in good condition and all previous addresses, tracking information and labels are removed.